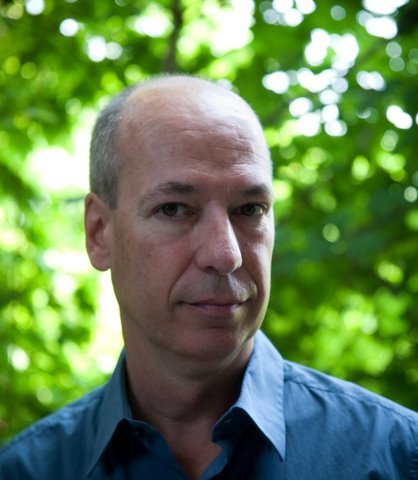 Click here to buy paperback or ebook version of Way Out West. 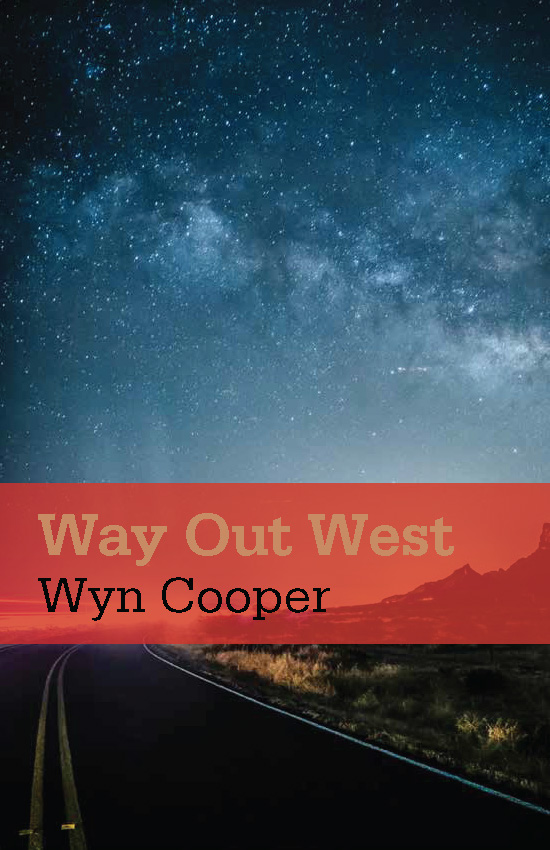 Wyn Cooper's first novel, Way Out West, is now available from Concord Free Press. He has also published five books of poems: The Country of Here Below (Ahsahta Press, 1987), The Way Back (White Pine Press, 2000), Postcards from the Interior, (BOA Editions, 2005), Chaos is the New Calm (BOA Editions, 2010), and Mars Poetica (White Pine Press, 2018). His poems, stories, essays, and reviews have appeared in The New Yorker, The Paris Review, Poetry, Ploughshares, Slate, Crazyhorse, AGNI, The Southern Review, and more than 100 other magazines. His poems are included in 25 anthologies of contemporary poetry, including Poetry: An Introduction (Sixth Edition), The Mercury Reader, Outsiders, and Ecstatic Occasions, Expedient Forms.

In 1993, “Fun,” a poem from his first book, was turned into Sheryl Crow’s Grammy-winning song “All I Wanna Do.” He has also cowritten songs with David Broza, David Baerwald, and Jody Redhage. In 2003, Gaff Music released Forty Words for Fear, a CD of songs based on poems and lyrics by Cooper, set to music and sung by the novelist Madison Smartt Bell. It has been featured on NPR’s Weekend Edition and World Café, and has been written about in Esquire, The New York Times Magazine, The New York Observer, and elsewhere. Songs from the CD have been featured on five television shows and in one film. The second CD by Bell and Cooper, Postcards Out of the Blue, is based in part on Cooper's postcard poems.

Wyn has taught at the University of Utah, Bennington College, Marlboro College, and at The Frost Place. He is a former editor of Quarterly West, and the recipient of a fellowship from the Ucross Foundation. He served as a member of the first working group at The Harriet Monroe Poetry Institute, a think tank founded by The Poetry Foundation. He lives in Vermont.

Wyn works as an editor for both aspiring and established authors. He works with writers of poetry, fiction, nonfiction, and memoir, and offers advice on how and where to publish. Sixty-five books he edited from 2012-2022 were accepted for publication, and ten of them have won major awards. Go to the editing page for more information.

"Like the brilliant, rock-and-roll love child of Joan Didion and Denis Johnson, Wyn Cooper's Way Out West is a wild ride through a rough landscape imbued with poetry and pain. It will break your heart on one page and lift you up on the next. I loved it."

YouTube interview with Tim Green for Rattle
Words and Music: Three Stories
Wyn's essay on how three of his poems were turned into songs.
Poets.org: Wyn Cooper: A Serendipitous Career
Academy of American Poets essay on Wyn Cooper's music
Video of reading at 2022 Brattleboro Literary Festival
Feature on NPR